The history of DHEA began in 1931, with the German Dr Adolf BUTERNANDT (1) who isolated DHEA in its free form from human urine.
This doctor won the Nobel Prize in Chemistry a few years later, in 1939.

In 1944, the sulfated form of S-DHEA was in turn isolated. It was not until 10 years later, in 1954, that two researchers, Migeon and Plager (2), isolated DHEA in human blood and precise histological studies (Symington, 1956) (3) indicated that it was produced by the inner part of the adrenal cortex.

In 1958, the Frenchman, Max Fernand JAYLE, professor of biochemistry at the Faculty of Medicine of Paris, managed to measure precisely the almost linear decrease of DHEA in men and women as they age (Professor Etienne-Emile BAULIEU was one of his students).

1960: DHEA-S is produced by the adrenal cortex.

The study by Pr Étienne-Émile Baulieu (4) of a case of human adrenal tumor in 1960, provides proof that DHEA is indeed synthesized by the adrenal glands, but in the form of dehydroepiandrosterone sulphate (DHEA-S).

In the 1970s, a series of international studies suggested the beneficial effects of DHEA on animals. This extensive work has been carried out in laboratory animals (mainly rats and mice) studying the effects of the administration of DHEA generally mixed with food.

These results should be put into critical perspective. The reality of the observations is not in doubt, but their interpretation and their extrapolation to human problems are difficult.

DHEA has an anti-aging action. . .

It was not until 1994 that Professor Samuel YEN of the University of San Diego, California, published the first results of positive trials in humans confirming that DHEA has an anti-aging action. Indeed, the administration of DHEA to mature patients leads to biological, physical and psychological changes.

Alex Vermeulen, professor at Ghent Hospital, gave the first international conference on DHEA, organized by the New York Academy of Sciences, in 1995: "DHEA has a positive effect on well-being, the response to vaccination, memory and is very active against atherosclerosis. It was this same year that in the United States DHEA was authorized by the FDA.

In 1996, at Laval Hospital in Quebec, Fernand Labrie discovered a very significant increase in bone density in the subjects treated. This is proof of the great importance of DHEA in the fight against osteoporosis. Finally, other observations have established on the one hand a relationship between the intake of DHEA and the reduction of fat overload and on the other hand the reduction of cardiovascular risk factors.

Note: it has been found that the blood level of DHEA in people infected with the AIDS virus is very low.

Media coverage of the "Pill of Youth"

At the same time, publicity around DHEA began in the United States, after a study published at the University of San Diego School of Medicine. The researchers, who wanted to show the effects of DHEA on the body, demonstrated an improvement in the physical and psychological well-being of patients, their sleep, as well as a greater ability to fight against stress.

Other studies had also hinted at the benefits that DHEA could provide in a large number of diseases such as: diabetes, obesity, cancer, dermatoses, etc. . .

From that moment on, DHEA made a lot of noise about it in the media, and was presented as “the hormone of youth”.

At the Hôpital Broussais in Paris, Professors Jayle and Kazatchkine administered 100 mg/day for 4 months to subjects seropositive for the AIDS virus. No toxic effects have been observed to date. The results have not yet been published. DHEA has also been found to increase sensitivity to thyroid hormones, improving thermogenesis, metabolism in overweight people, and energy production.

In April 2000, Professor Baulieu (9) published the results of the “dheâge” study which studied 280 volunteers over 60 years of age taking DHEA at 50 mg/day for one year. The results are proven and positive for women.

In November 2000, a decisive turning point, the French Health Authorities authorized the sale of DHEA. However, DHEA still does not have an AMM (Marketing Authorization) in France, but, thanks to a legal loophole, it can be sold in pharmacies, in the form of a magistral preparation.

It's your turn to enjoy the benefits of this universal remedy as millions of people already do.

We collect testimonials every day from happy and satisfied individuals. 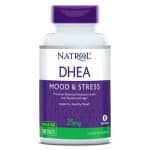 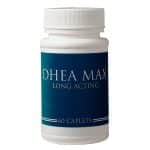 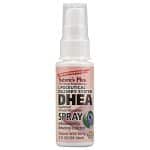 We noticed you're visiting from Canada. We've updated our prices to Canadian dollar for your shopping convenience. Use United States (US) dollar instead. Dismiss